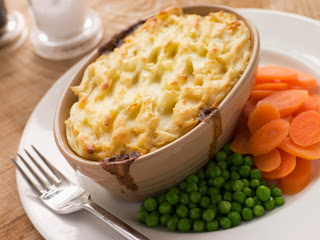 I used Amy's Organic Veggie Burgers as a meat substitute. You can use any variety you like. Instead of traditional mashed potatoes I used smashed sweet potatoes (no butter, no milk). I use organic corn starch to stay away from genetically engineered corn starch. If you have a hard time finding Non-GMO corn starch I found it at Whole Foods. I used cheddar cheese on top but it's easy enough to leave it off if you want a Vegan Recipe.

Comments will be approved before showing up.